The Nicholas Chapel in Nijmegen

The restoration project of the medieval wall paintings in the Nicolaaskapel (also known as the Valkhofkapel) has been completed.

Under the leadership of Angelique Friedrichs, the SRAL team has consolidated and partially restored the paintings after a thorough preliminary research.

The paintings date from 1543 and were applied to the vaults and walls more than 500 years after construction and various reconstructions of the chapel. The murals include images of plant motifs and fantasy flowers that were applied in anticipation of the arrival of Emperor Charles V in 1546 after he had conquered Gelre.
The restoration took more than a year and mainly consisted of preserving the very fragile layer of plaster on which the paintings were applied. 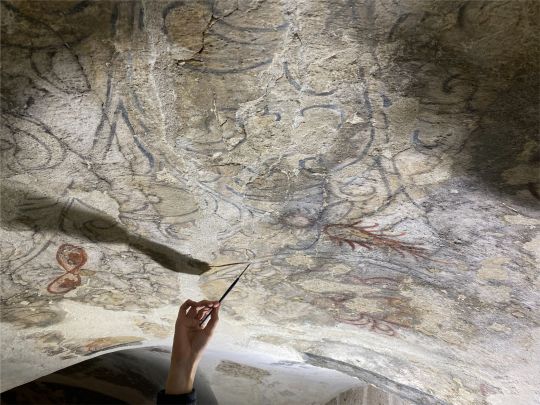 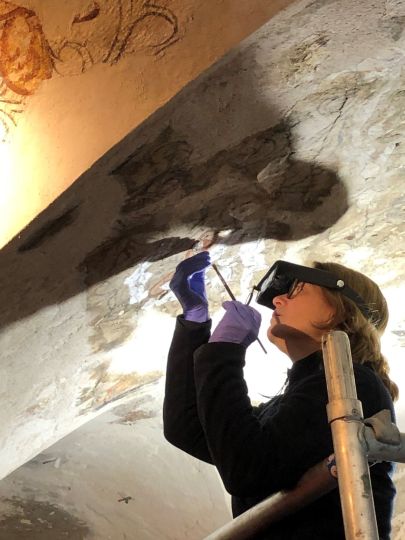