The Grote Kerk in Den Haag houses 34 coats of arms of the Knights of the Golden Fleece, plus that of Philip the Good, the founder of the order. These oil and gilded paintings on panel represent the knights who were present during the chapter in The Hague in 1456. After an initial pilot project - whereby a general approach could be envisaged - the research and treatment of the entire series was begun. Through extensive technical research at SRAL the high quality of the materials and techniques originally used, and the previous treatment history of each panel was determined. At the same time collaborative art historical research was conducted by Marjolijn Kruip (Radboud University Nijmegen). The exchange of information resulted in a fruitful dialogue between the disciplines and proved an enriching part of this project.
The combined research findings indicated that many of the paintings had been extensively overpainted which greatly hampered the legibility of the heraldic information and the aesthetic appearance of the coats of arms. Based on these findings, and in consultation with an external committee, the original materials and depictions could frequently be revealed and restored in SRAL’s treatment. Alongside such surface treatments, structural work was carried out where necessary to safeguard the conservation of these works of art for the years to come. 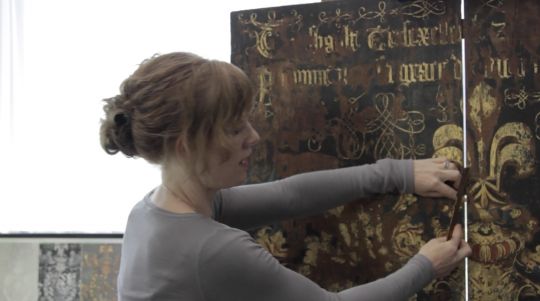 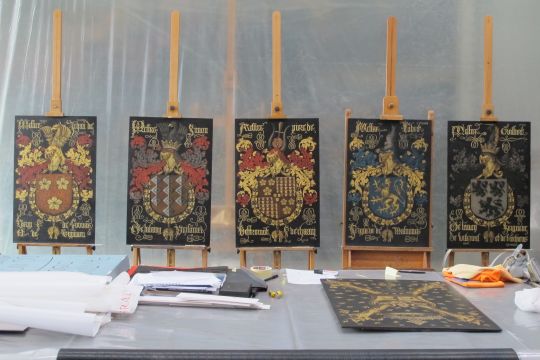 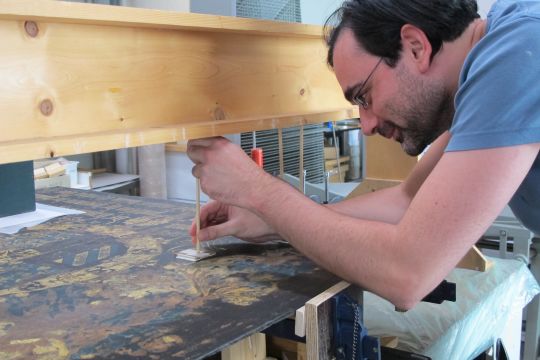