In 2012/2013 a number of masterpieces from the Fries Museum was treated by the SRAL. Twentyfour important examples of Frisian cultural heritage were treated and which, since September 2013, play an important role at the new museum on the Wilhelmina Square in Leeuwarden. When the works arrived at the studios in Maastricht they were in moderate or poor condition. Twenty-two 17th century portraits, of which seventeen are panel, underwent a full treatment: varnish, old overpaint and fillings were removed and the paintings were revarnished, the lacunae filled and retouched. Seven panels had to be rejoined. Of particular interest was the treatment of two paintings on canvas from the so-called 'Pipenpoyse Wedding‘ from 1616. This series of paintings can, in fact, be regarded as the first record of a wedding in the Netherlands. The paintings show guests dancing and eating at the wedding of Eraert van Pipenpoy and Jel van Liauckema in Sexbierum. The paintings are a historical document of a grand Frisian wedding 400 years ago. 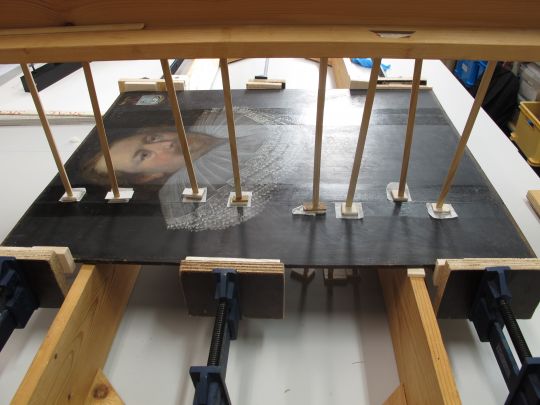 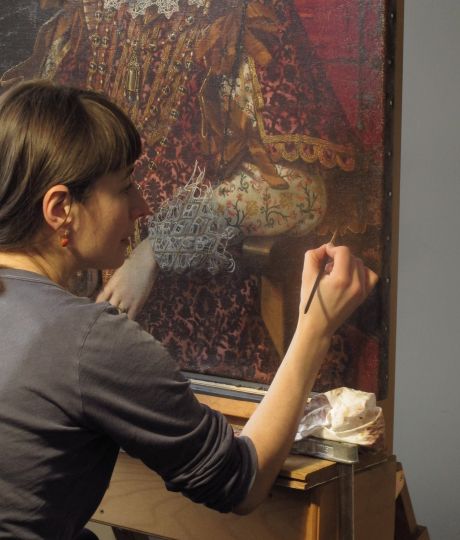 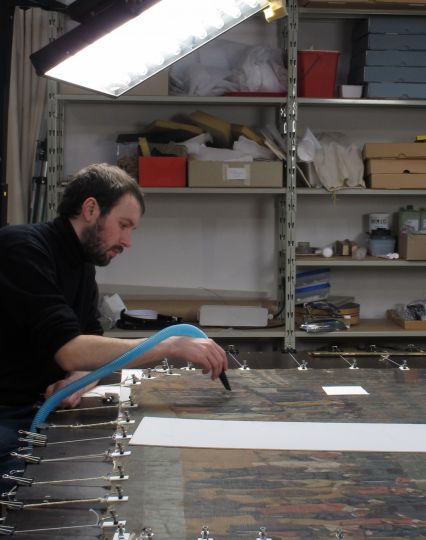