The chimney pieces from the Maastricht Town Hall.

The decorative scheme of the  Maastricht Town Hall relates to the Town Hall being a  representation of the authority inherent to the local authority. Artists and painters  created the appropriate imagery. The chimney pieces in the mayor’s room (Edmond Plumier, 1714), the Prinsenkamer (Theodoor van der Schuer, 1704) and the Collegekamer (van der Schuer 1705) depict the so-called double jurisdiction; after all Maastricht was ruled by the Prince-Bishop of Liège and the Duke of Brabant. In the to rooms reserved for city council members the chinmney pieces show the Chaste Susanna (Plumier, 1720) and an allegorical depiction of the Arts and Sciences (van der Schuer).

All five monumental paintings have been restored in the past. They have been lined, partly vigorously cleaned and sometimes heavily overpainted. Structurally, the paintings are stable. Every painting has multiple varnish layers that have discolored but are still transparent. Due to this yellowing, the colours, shadows and tonality have lost their balance: cool colours have turned warmer, light colours have gooten darker and darker colors have lost their depth and saturation.

Further examination revealed that the paintings in the mayor'sroomabd the council member's room S/W are heavily damaged. During previous varnish removal campaigns the paint surfaces were aggressively cleaned. Especially the sensitive paint layers of the mid-tones and dark colour fields  have suffered extensively and were accidentally almost entirely removed. These parts were then largely overpainted.

Facing very complex problems the present conservation and restoration treatment  focuses on varnish removal, a selective removal and/or thinning of the disturbing overpaints and filling and retouching of paint losses. 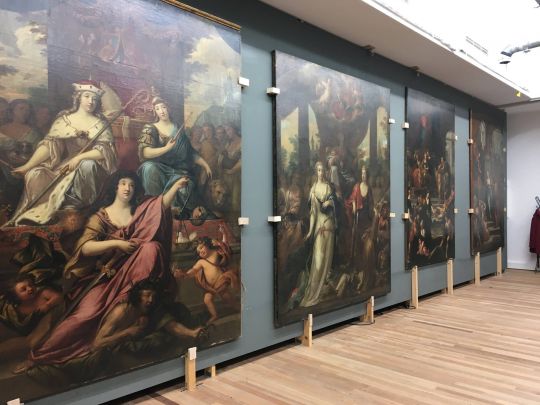 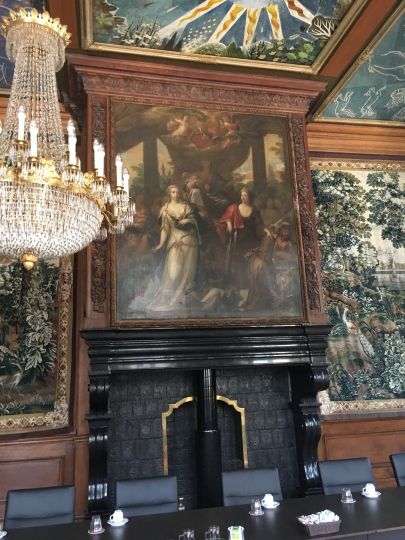 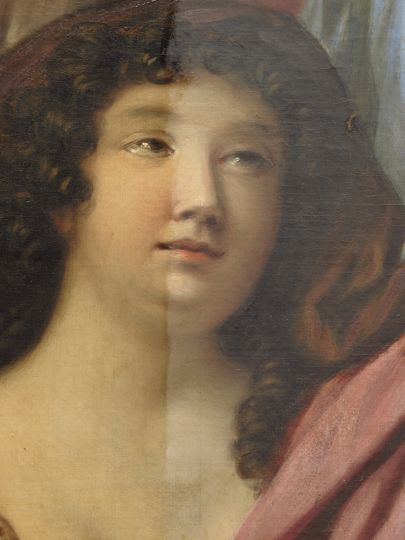