Cuypers in the Rijksmuseum Amsterdam

With the official opening of the Rijksmuseum in April 2013 came, for SRAL, an end to a huge project which had been ongoing for ten years. In 2002, the SRAL had been commissioned by the Rijksgebouwendienst to conduct research into the original decorative paintings of the interior of the Rijksmuseum. Based on these findings the painted wall decorations designed by Pierre Cuypers were reconstructed in the most important areas such as the Front Hall, Gallery of Honour, the Night Watch Gallery and the Library. Over the course of ten yeas a total of seventeen restorers and decorative painters and nearly 70 interns have participated in this project.

Between 2000 and 2013, 71 large-format paintings by Georg Strum were also restored in the studios in Maastricht. Most of the treatment was carried out in the public viewing studio that SRAL has set up in the Bonnefantenmuseum. After years of neglect the paintings, many of them severly damaged, underwent intensive restoration treatment by which the historical and mythological scenes and allegories of the arts were returned to their former glory. Together with the original wall decorations these paintings, after their replacement in 2012, have completed Cuypers pictorial programme once again. 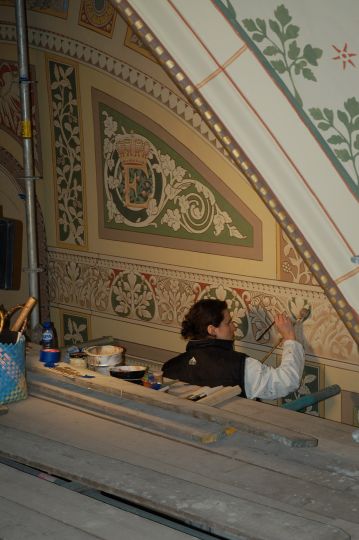 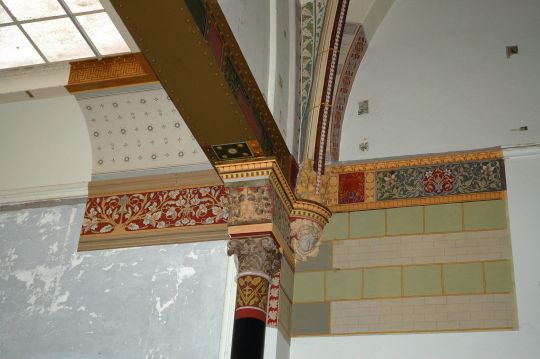 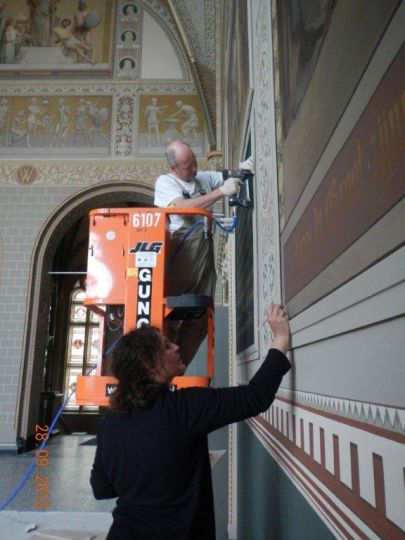 Cuypers in the Rijksmuseum, Amsterdam

The conservation and restoration of the vaulted ceiling paintings in the Town Hall, Maastricht