It was a special commission to make a copy of the late medieval statue of Saint Dymphna from the Heilige Michaelkerk Church in Wanssum.
The statue was restored in 1916 by the Thissen workshop in Roermond. At the same time, the wooden sculpture received their current polychrome finish. However, the fine 19th century painted surface had been severely damaged over the past. Also after a spate of burglaries and looting from churches in North Limburg there was a real fear that this important statue could be stolen. Therefore, the church council and the Diocesan Museum decided to give the original statue as a long-term loan to the Limburg Museum in Venlo and instal a copy in its place in the church. Using a synthetic resin a mould of the original sculpture was cast. The cast was then primed and and painted, imitating the surface of the damaged 19th century painted surface. 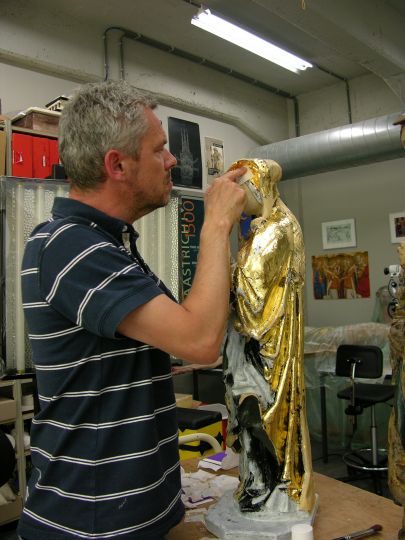 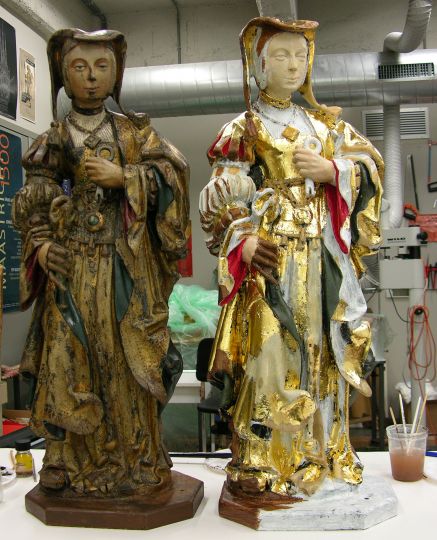 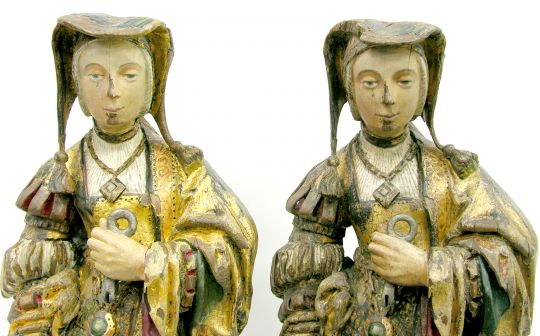